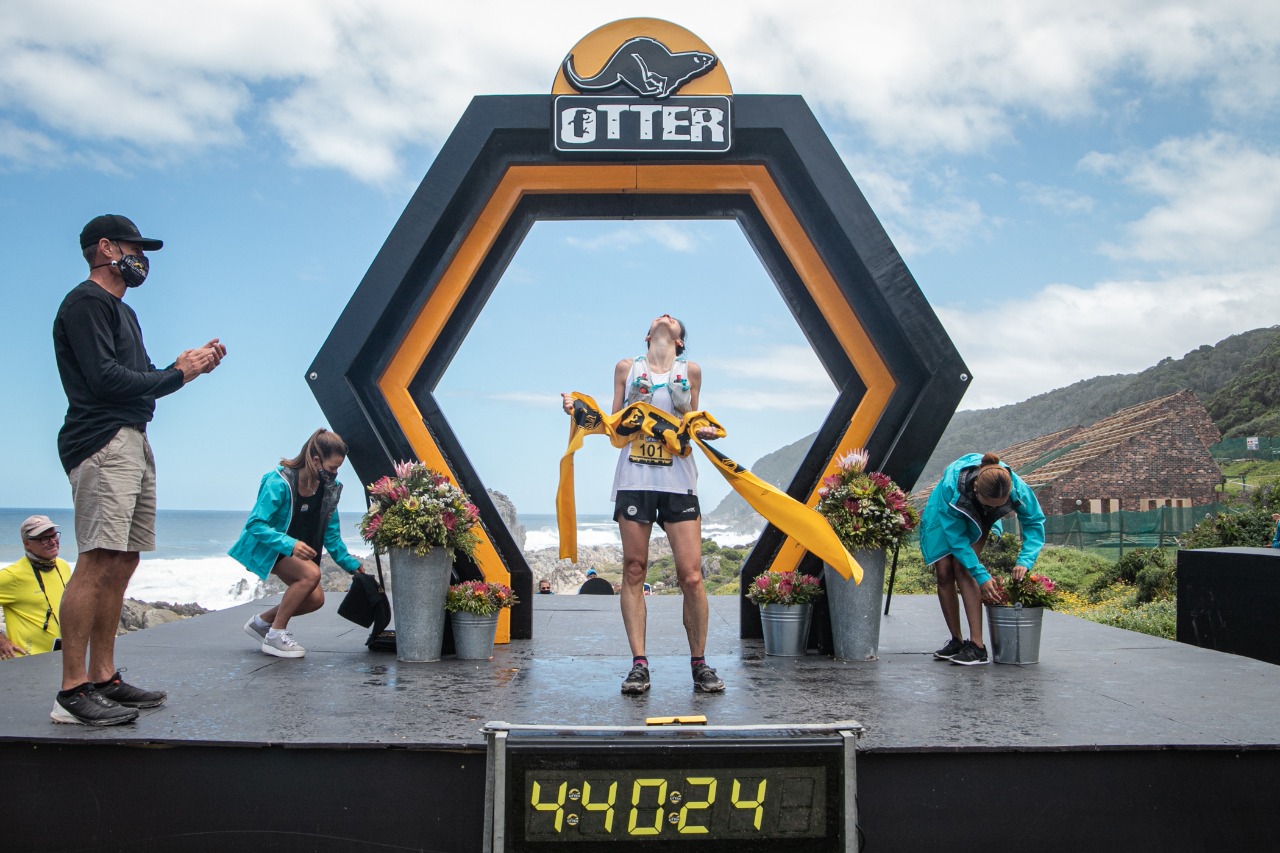 A world-class performance by Toni McCann

A world-class performance by Toni McCann, winner of the 2020 Otter Women’s Race. Toni also broke her own record for fastest South African time by a minute and a half, finishing the RETTO in a time of 04:40:30.
Her plan from the get-go was to run her own race, and at the back of her mind, her intention was to prove to herself that she could run a similar if not faster time than her 2018 RETTO where she placed 3rd. Not only did she achieve this, but as usual, with humble grace and a massive smile.

Finishing around 13min behind Toni was Bianca Tarboton. Bianca raced last year’s Otter but had to DNF less than 1km from the start for medical reasons. She crossed the line with a smile and looking strong in a time of 04:53:01. Rounding off the podium, Spanish-Dutch sky running superstar Ragna Debats in her Otter debut ran a consistent race, finishing in a time of 05:06:59.