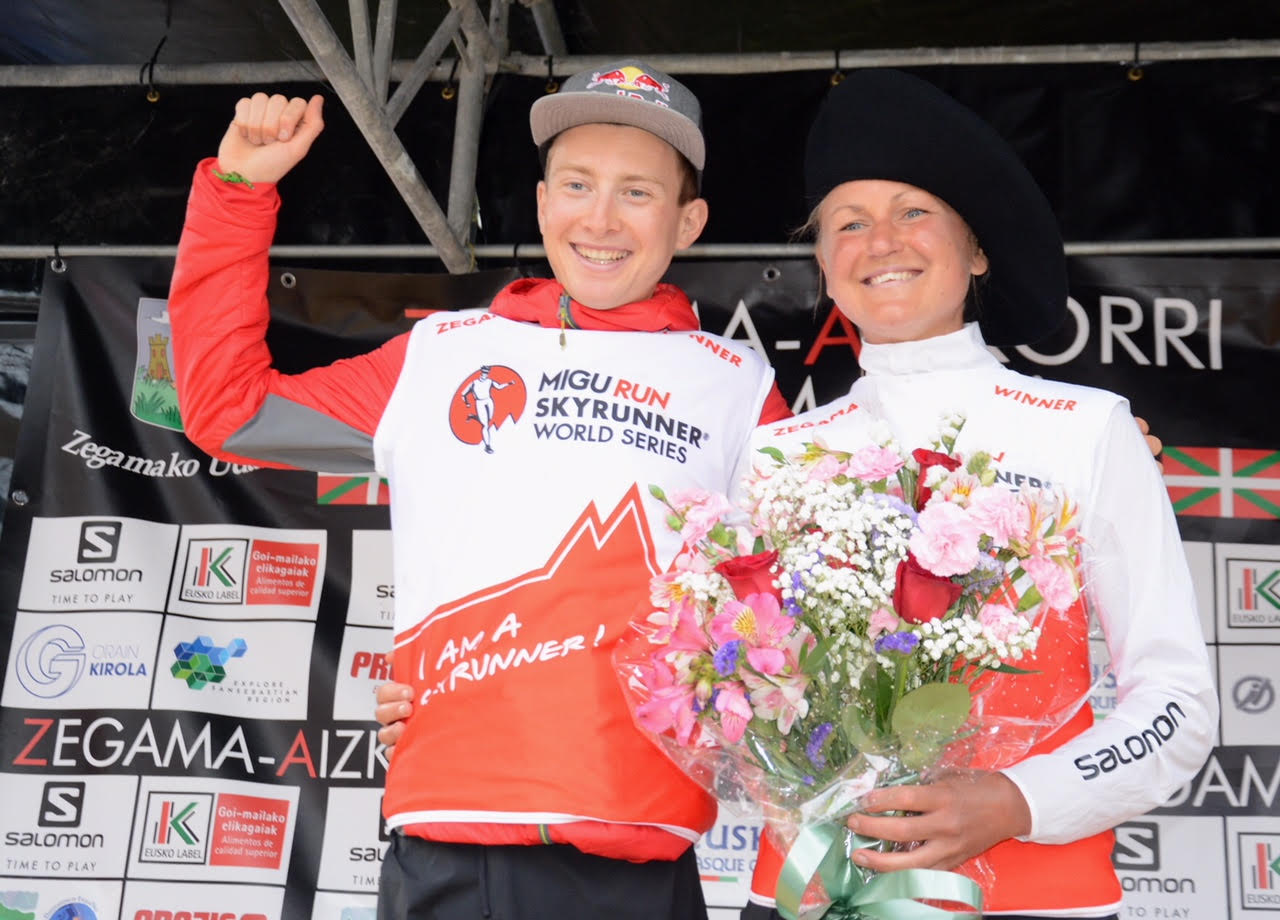 South Africans had mixed fortunes at the Salomon Golden Trail Series opener at Zegama, Spain, over the weekend, as world trail racing was sent into another orbit.

Many, if not most, of the top names in the sport headed to the small town in the Basque Country for an event which has earned the reputation as the most challenging and competitive trail marathon in the world, made doubly powerful by its status in launching the innovative trail series, scheduled to climax at the Otter Trail in South Africa as the Grand Finale in October.

Competition for a top ten place proved fiercer than ever before on a 42km course running at its toughest, with significant prize money and international racing opportunities opening up to those athletes making the grade.  Days of continuous rain transformed the already challenging course into a mud-bath with slippery rocky sections adding an advanced examination in dexterity to the significant challenges in strength, endurance and mental tenacity.

“That was the hardest race of my life,” admitted an exhausted but elated Mackenzie at the finish. “I gave it all I had – it’s an incredible race and it was great to be a part of it.”

The top ten aspirations of Kane Reilly and Christiaan Greyling foundered in the mud, both experiencing difficulties in the second half of the race, which took its toll on many of the world’s best, including American favourite, Megan Kimmel and local star, Maite Maiora.  To their credit, the South African pair pushed through to the end, Reilly placing 40th and Greyling 72nd, both committing to re-adjusting to better outcomes in the remaining series’ races.

“I don’t know what went wrong,” admitted Reilly, who was well-placed among the leaders in the early stages. “I was feeling good in the first half and then when I needed to step up and make a move I had nothing left.  Great to be running at Zegama though – it’s an incredible trail event.”

Last year’s world-beater and Zegama champion, Stian Angermund-Vik, found himself outrun by the world’s latest super-star, 23 year-old Bonnet, who started fast and stayed ahead throughout to hold off the Norwegian’s strong second half to win just 90 seconds.

Last year Angermund-Vik won the Vertical Kilometre race two days before the main event before setting a record for the marathon. Few of the leading athletes chose to take on the double this year, but Bonnet did so in impressive fashion, comfortably winning the VK, before triumphing in the longer race in 3 hrs 53 min 55 sec – 8 minutes outside Angermund-Vik’s race record, set in dry conditions.

“I just ran my own race and did not worry about anyone else,” Bonnet said. “I went out at the pace I wanted to run and just tried to keep to that.  It was a great experience – the race is so well supported, so many people on the course to cheer you on.”

Running in 7th and 8th positions at half way on the ascent of Aizkorri and the high point of the race at 1500m, Angermund-Vik and Otter Trail record-holder, Marc Lauenstein of Switzerland, began to move through the field and were 2nd and 3rd on the final climb 10 km from the finish, setting up a dramatic final quarter.

A combination of Bonnet’s strength on the day, Lauenstein’s bad cramping and Angermund-Vik experiencing a rare power-failure saw Bonnet race home in fine style to claim the plaudits.

Using her well known speed on the descents, Nilson opened a significant gap on her rival, with the 37 year-old racing to victory in 4 hrs 38 min 37 sec, just 4 minutes outside Maiora’s course record of last year.  “I’ve heard so much about Zegama and watched all the videos,” an elated debutant Nilson commented. “To actually run the race and win is just a dream come true!”