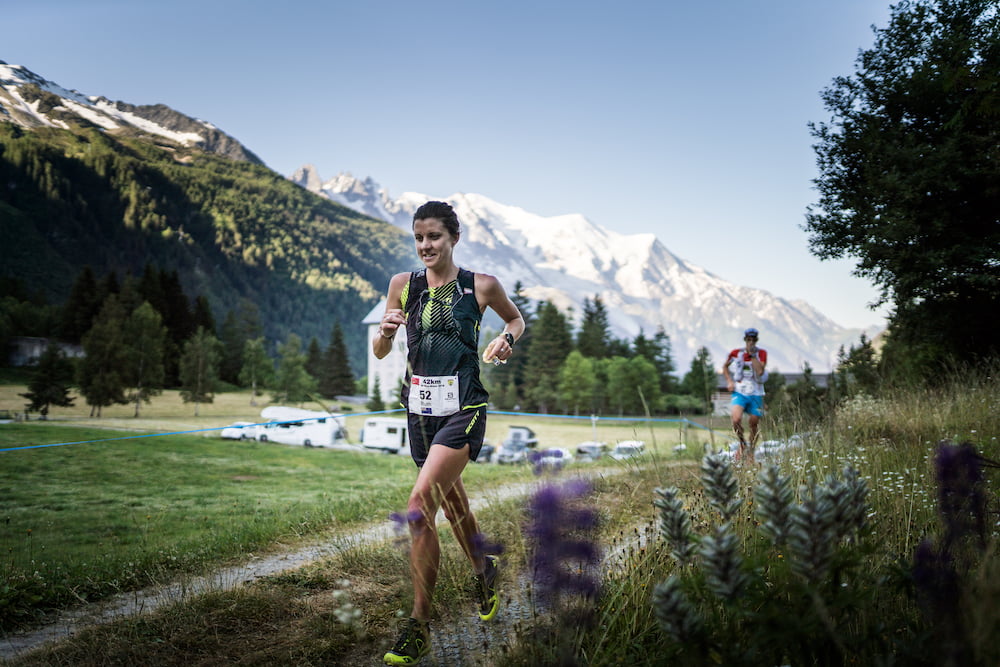 TRAIL RUNNING STARS SET FOR A FAST SIERRE-ZINAL IN SWITZERLAND

ANNECY, FRANCE — The third race of the inaugural Golden Trail Series is the fastest race of the six on the circuit and is what professional trail runners might call “flat”. The Sierre-Zinal race in the Swiss Alps covers 31 kms and features only “only” 2,200 meters of vertical gain from Sierre to Zinal. Could this year’s race on Sunday, August 12th be the one in which the 15-year-old men’s course record and 10-year-old women’s course record fall? With the top-5 current leaders on the men’s and women’s standings of the Golden Trail Series set to toe the starting line, there’s a chance we could see some history at the race that brings five 4,000-meter peaks into view.

On the men’s side, the main attraction will again be Salomon athlete Kilian Jornet. The Catalan is coming off a convincing comeback (from injury) win at the Marathon du Mont Blanc, which he followed with a record-breaking completion of the famous Bob Graham Round in the UK only a week later. He’s won Sierre-Zinal five times, but knows that the shorter distance and quicker pace makes the race a unique challenge.

“I’m very excited for Sierre-Zinal. This will be my eighth time competing there and the atmosphere is incredible,” Jornet said two weeks before the race. “It has a big history and that motivates me. It’s a meeting of different kinds of runners—people come from athletics, marathon, orienteering, mountain running and skyrunning. So it’s a good mix of different athletes and we compete all together.”

“The course actually doesn’t fit my qualities,” Jornet added. “It’s a very flat race and I struggle on flat running normally, but that’s exciting, too. So the last few weeks I have been trying to train more flattish and trying to improve the speed on that and I’m excited. It will be super interesting. It’s always a high level and this year even more.”

Jornet will certainly be pushed by veteran trail runner Marco De Gasperi (2nd at Zegama in 2017) of Team Hoka and World Mountain Running Champion Joseph Gray (Pikes Peak winner in 2016 and 4th at Sierre-Zinal in 2015) of Team Nike. Other runners to keep an eye on include Team Scott’s Stephan Wenk (6th in Chamonix, 6th in Zegama) and Team Dynafit’s Oriol Cardona Coll (5th at Zegama) and Pascal Egli (2nd at Ring of Steall in 2017). Team Salomon’s Robbie Simpson of the UK will be running again this year after placing 2nd in 2017 behind Jornet. He was the bronze medallist recently in the road marathon at the 2018 Commonwealth Games on Australia’s Gold Coast.

Salomon trail running athletes Marc Lauenstein, Thibaut Baronian and Max King should also be heard from. Lauenstein, the Swiss dentist who won Sierre-Zinal in 2013, will be on home soil and has been outstanding in the first two Golden Trail Series races, finishing 4th at Zegama and 2nd to Jornet in Chamonix. Baronian, a Frenchman, finished 4th in Chamonix and could be a real threat in Switzerland. King, who excels over just about any distance, finished 3rd at last year’s Sierre-Zinal, 6th at Zegama this year and won the Broken Arrow Race in the U.S. earlier this year. Aritz Egea Caceres (Team Salomon), who was 5th in Chamonix and 4th in Zegama, is another viable threat. Poland’s Bartlomiej Przedwojewski (Team Salomon), who surprised everyone with his 3rd place finish at Zegama, will also be in the field. 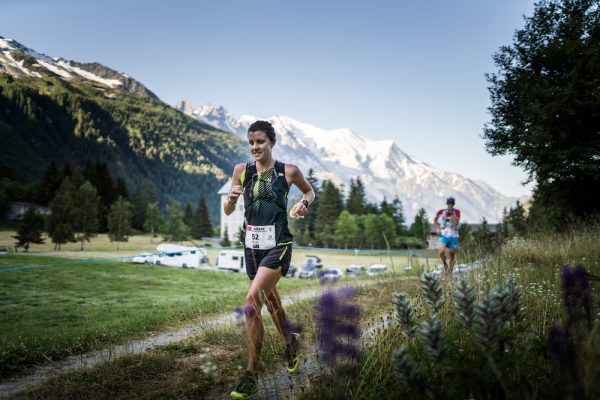 After finishing 2nd in Zegama, Spain’s Laura Orgue of Team Salomon did not finish the Chamonix due to an injury, but she rebounded with a win at the Dolomyths 22km in Canazei in late July. Megan Kimmel (Team Salomon) will look to solidify her standings in the Golden Trail Series with a strong result after an injury forced her out at Zegama and she faded a bit in Chamonix to finish 5th at the Marathon du Mont Blanc. South Africa’s Meg McKenzie (Team Salomon) ran a great race in Chamonix to finish 8th and comes in standing fifth on the Golden Trail Series overall points ladder as she builds toward the Grand Finale on her home soil at the Otter Trail in October.

Watch a video to see what Ida Nilsson’s race kit will consist of at Sierre-Zinal.

LIVE BROADCAST OF SIERRE-ZINAL
After making history by broadcasting the entire Marathon du Mont Blanc in real-time on Salomon Running’s social media channels, the Salomon team will do the same from Sierre-Zinal, bringing live coverage of the race to trail running fans around the world on August 12th.

The coverage will be co-hosted by highly accomplished Team Salomon trail running athlete Emelie Forsberg and Majell Backhausen, Salomon’s Global Community Manager for Trail Running. With Salomon volunteers, race organization personnel and Salomon employees stationed along the entire 31km course and others using e-bikes to follow the runners, the broadcast will capture the race as it unfolds. Trail running fans can watch the race broadcast on the Salomon Running Facebook Page and Salomon TV’s YouTube channel. They can share those links on their own social media pages.

ABOUT THE GOLDEN TRIAL SERIES

The Golden Trail Series combines five of the most iconic “short-distance” trail races on the planet into a dream tour for both athletes and fans. A €100,000 prize pool will be shared equally among the overall top 10 men & women at a Grand Final at the Otter Trail in South Africa in October. Each of the top 10 will travel with a friend or partner of their choice for the trip of a lifetime to compete for their chosen cause or charity.

For photos and more, visit www.goldentrailseries.com

Born in the French Alps in 1947, Salomon is committed to pushing the boundaries of mountain sports through the creation of innovative equipment that allows people to play, progress and challenge themselves in their chosen outdoor sports. The company produces and sells premium footwear, winter sports and mountaineering equipment, hiking equipment, and apparel specifically designed for all of those disciplines. Products are developed in the company’s Annecy Design Center, where engineers, designers and athletes collaborate to create innovative solutions that continually improve the outdoor experiences of those who see nature as a vast playground.