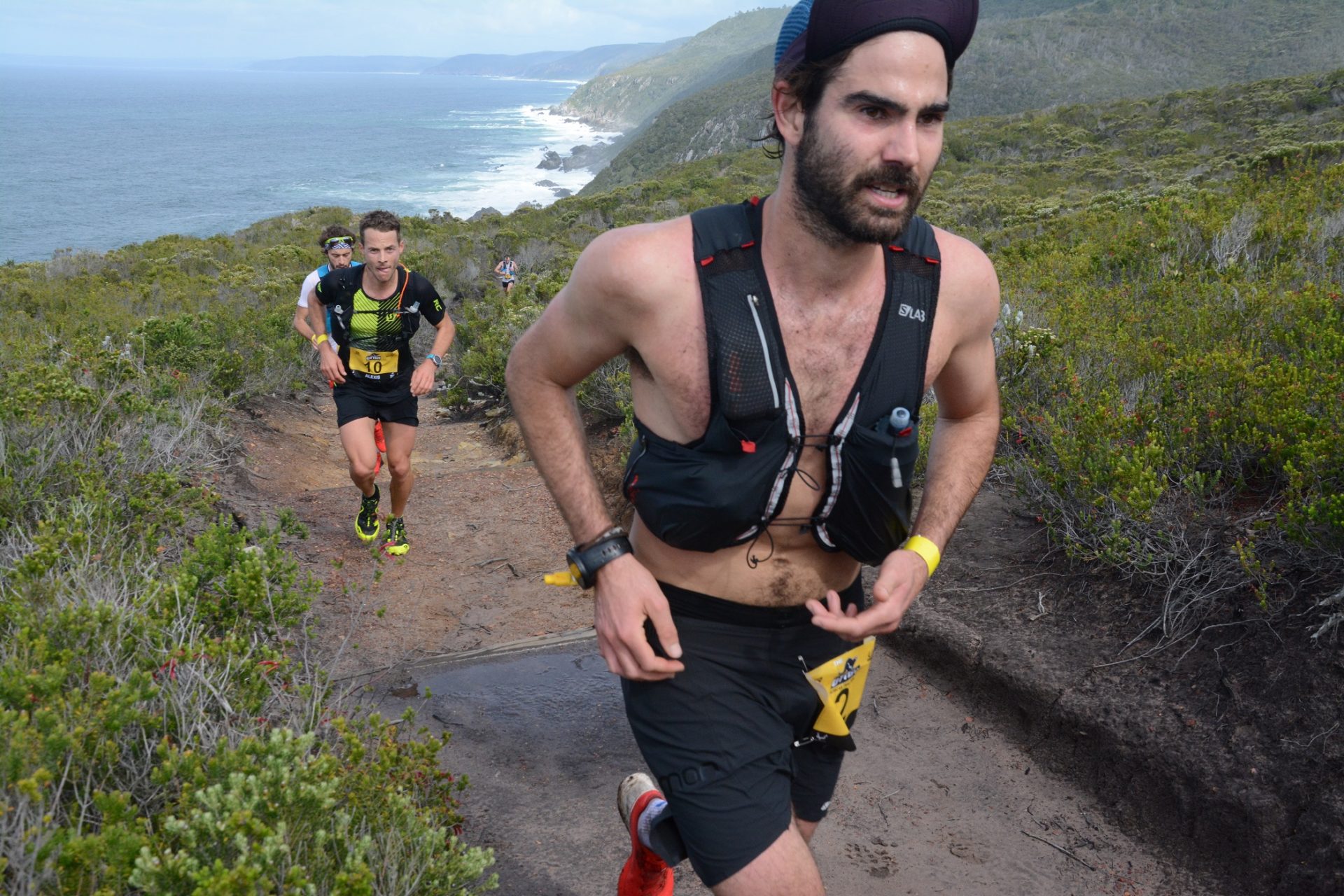 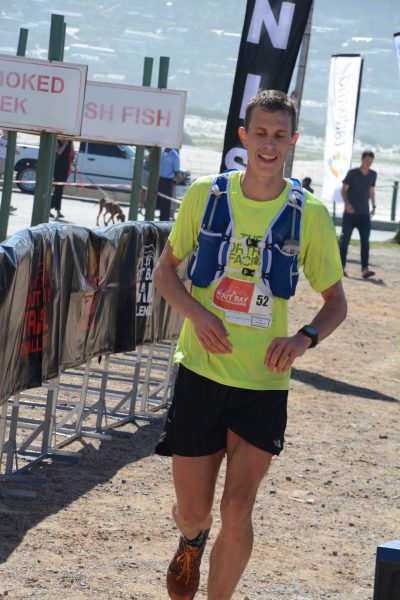 Reilly won the South African marathon-distance trail championship title in Hout Bay in March, with Van Heerden suffering dehydration and finishing fourth. But it was one-all after the 53km Whale of Trail in August, with Van Heerden racing to victory in record time as Reilly struggled in the final quarter to finish second.

Both the Rhino Peak Challenge, which raises substantial funds for the conservation of rhinos and the endangered bearded vulture (Rhino Peak is its preferred habitat), and Otter African Trail Run embrace environmental conservation as a key element, with the latter, known as the Grail of Trail, South Africa’s premier marathon-distance trail race.

The 41km race along the Southern Cape coastline between Storm’s River to Nature’s Valleytraverses the Tsitsikama section of the Garden Route National Park, including 2600m of vertical ascent and four significant river crossings, and was chosen as last year’s Grand Finale of the Golden Trail Series. While last year’s Otter attracted the world’s best, it is likely thatthe 2019 edition will see a South African winner for just the second time in the past five years.

And while the Rhino Peak Challenge is not a race in the classic sense, ‘bragging rights for the year’ are on offer to athlete setting the fastest time for the 21km out and back ascent of the Peak and even more so for beating Reilly’s best ever of 2 hrs 20 min set in 2017.

Reilly and Van Heerden have enjoyed considerable success on South African trails, as well as internationally, but the Otter title is one that has eluded them. Van Heerden came unstuck in his only attempt last year, when injury forced him to complete the race at little more than walking pace, while Reilly has had several attempts, but has failed to find the top of the podium.

Given their 2019 form, chances appear good that, for one of them, their Otter luck is about to change, although given the unpredictability of the coastal run, walk and scramble, it would be foolish to write off the chances of former winner Christiaan Greyling or the fastest South African over the Otter route, Robbie Rorich.

Reilly has been the one South African to have taken the race to the internationals in recent years, but has struggled to maintain the pace in the final stages, something he has worked on both in training and racing.  “I started more conservatively at the Table Mountain Challenge last month,” said Reilly. “And I enjoyed having something extra in the tank in the second half.  I’m likely to approach the Otter in similar fashion this year.

“Yes, I do think Johardt is likely to be the man to beat. He has proven himself as a top-class athlete and will be hard to defeat at the Otter.  But I will be focused on my own race and I’m pleased with my preparation. I was able to get in some solid training over the long weekend and I’m looking forward to the action.

“I don’t regard the Rhino Peak Challenge as an important race for my performance, so I won’t be trying to outdo anyone on Saturday.  I’m fully behind it’s aims and objectives, however, and that’s why I’m returning.”

Van Heerden, son of brilliant steeplechase athlete, Arrie van Heerden, has similar views. “No, I won’t be racing against Kane or anyone next week at the Rhino Challenge.  I may test myself on the climb, but certainly will back off on the descent,” Van Heerden reflected.  “It’stoo risky to race hard on the 10km 1500m descent just a week before Otter. I’m really looking forward to returning to the great race after my disappointment of last year, although in hind sight having had a chance to get a feeling for the course will be a big advantage for this year.

“My goal is to race internationally and my plan is to be based in Cape Town next year, which will assist me to train on the best mountain trails in preparation.  It’s one thing doing well in South Africa, but a completely different scenario overseas. Hopefully the Otter will be a good spring-board and will give me extra incentive to do well.

“My training’s gone well and I’ve managed to fit in some good altitude work in the Drakensberg.  I think I’m at a similar level or better than I was at the Whale Trail – but with the Otter anything can happen on the day.”