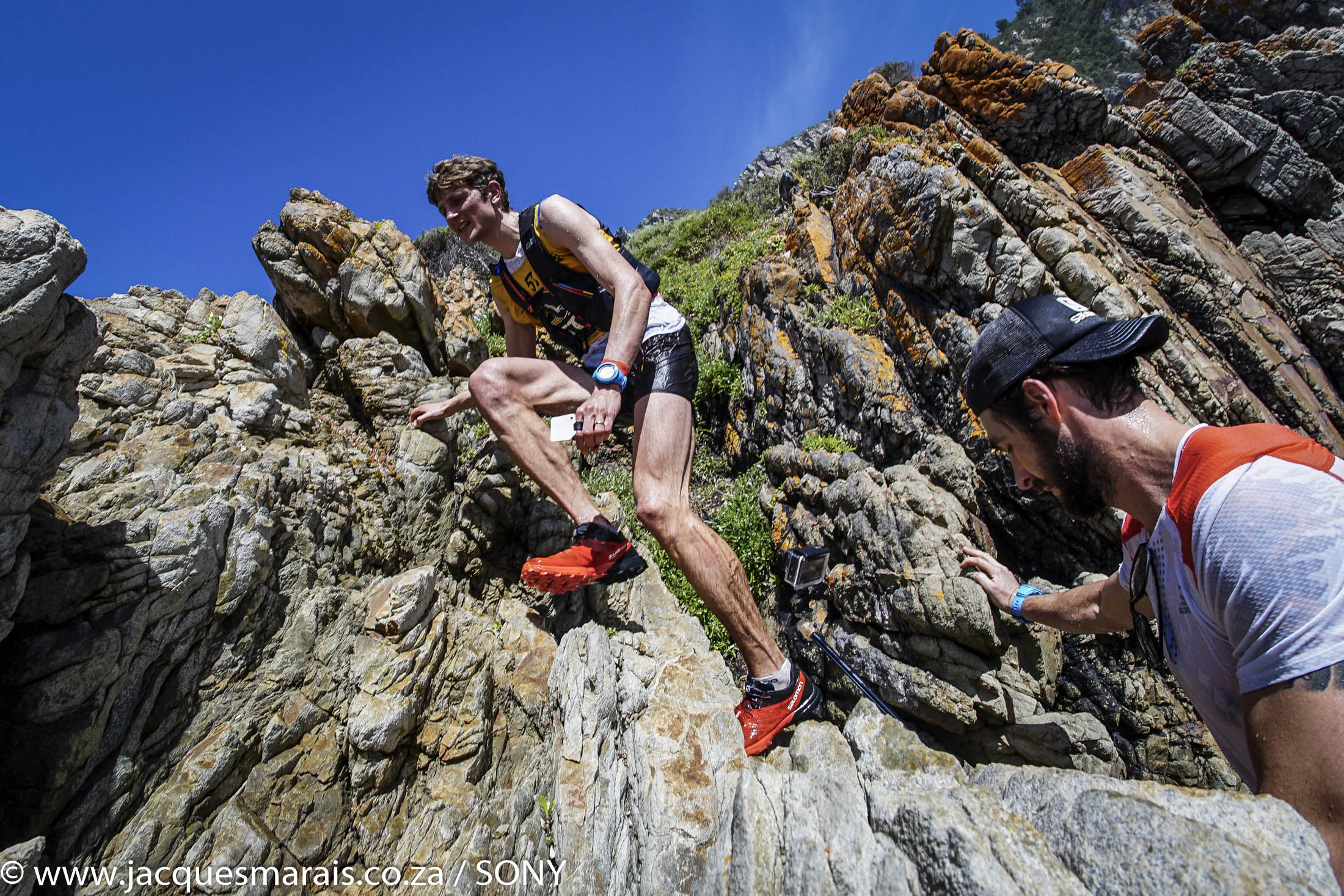 Swiss superstar, Marc Lauenstein, returns to the scene of one of his greatest athletics’ triumphs when he takes on a strong field in this year’s Otter African Trail Run (Retto) between Nature’s Valley and Storm’s River next Saturday.
Last year Lauenstein achieved “the impossible” by running the 42km trail – South Africa’s most prestigious trail race – in under four hours, cashing in on organiser Mark Collins’ bold offer of a R100 000 incentive to the first runner to break the four hour barrier.
Collins thought his money was safe. World Champion Ricky Lightfoot of Britain had failed by 15 minutes to beat the barrier two years’ earlier and surely no-one was going to shave that margin off the record? Lauenstein thought otherwise and stopped the clocks with 31 seconds to spare collect his reward.
In a fine sporting gesture, Lauenstein gave away half of the record incentive to two local charities, one to advance endurance sport opportunities for runners from disadvantages backgrounds and the other to aid the conservation of the Tsitsikama coastline.
Lauenstein’s 3:59:29 is the record for the “classic” Otter Run between Storm’s River and Nature’s Valley, having improved British athlete Ricky Lightfoot’s 2013 time by 15 minutes. This year his target is KZN athlete Iain Don-Wauchope’s 4:21:30, the fastest time for the Retto – the Otter Trail run in the reverse direction and finishing at Storm’s River.
The 36 year old dentist from Cormondreche in French-speaking Switzerland, is a formidable opponent in mountain running, at the peak of his powers, having cut his teeth on mountain orienteering, where he earned silver medals in world championship events in 2005 and 2006.
“There are only a handful of athletes in the world capable of running the Otter in under 4 hours,” reflected race director, Mark Collins. “You need the running engine of an Olympic marathon runner and the dexterity of a professional dancer.
“Marc clearly has been blessed with these gifts and in addition, his world class career in orienteering further equipped him with the physical skills and mental attributes necessary to succeed in his goal.”
Lauenstein has enjoyed a purple patch of distance running success in the past two years, having won the Pike Peak Marathon in Colorado, USA, and the Mont Blanc Marathon over in 2015 in the lead up to Otter, demonstrating his strength at high altitude terrain and also over tough terrain.
Ominously Lauenstein’s 2016 record looks even stronger. The Swiss trail star ran to within 90 seconds of the 20 year old record in atrocious weather at the 37km Three Peak’s Race in Yorkshire, England, in April this year, obliterated a strong field in the northern Italy Giirdi Mont mountain race in July before taking line honours in his home country’s Matterhorn Ultraks Race in the Skyrunner world series in August.
Surprisingly Lauenstein is not a full time professional athlete, having to make time outside the scope of his dentistry practice to train for and travel to the world’s leading trail events.
Lauenstein is strongly favoured to retain his title, although 24 year old Cape Town running shop specialist, Kane Reilly, is determined to chase him all the way to the finish and improve on his performance last year, when he finished over 30 minutes behind Lauenstein in 2nd position.
“I’ve really been focused on the Otter this year,” Reilly admitted. “Marc is an exceptional athlete, but I believe I can stay with him this time. I’m definitely in better shape, so we will see what happens on the day.”
Thanks to prize money sponsor Conveyor Technologies the organisers could do the unthinkable. Aware of Lauenstein’s abilities and current form, the race once again puts R100 000 on the line for the first athlete to run faster than 4 hours for the reverse direction race (and for the first woman to better 4 hours 30 minutes). Although many rate the “Retto” tougher than the Classic Otter, with a challenging technical section towards the end of the race, few would bet against the Swiss athlete to make it a memorable double next Saturday.