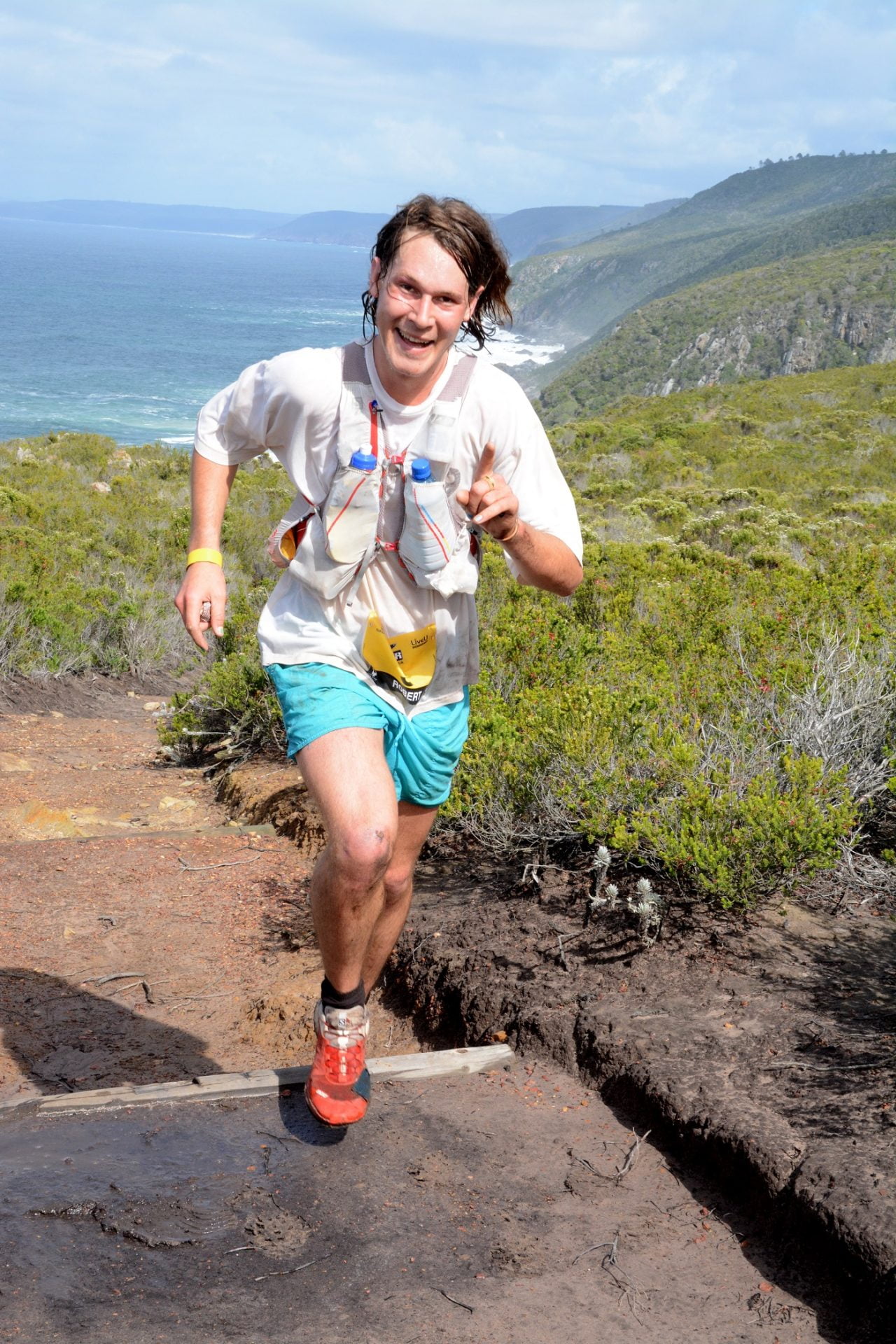 Robbie Rorich’s time of 4 hours 10 min 54 sec stands as the fastest by a South African.

UCT Mechanical and Mechatronic Engineering graduate, Robbie Rorich, has spent most of 2019 cycling slowly through Africa on the trip of a lifetime.

A talented sculptor with an international calling card, Rorich is also one of South Africa’s stand-out trail athletes, distinctive through his flowing long hair, baggy shorts and leather sandals, but also through his many podium successes.  He burst onto the trail-running scene with a remarkable victory in the 2017 “The Beast” 50km Trail Run on Table Mountain and has enjoyed a number of other successes, both in solo and team events.

Rorich, who has also completed the gruelling Cape Epic on no fewer than four occasions, has also run the Otter African Trail Run faster than any other South African and lines up at Storm’s River in two weeks’ time as one of the pre-race favourites.

At 24 years, Rorich will be running his third successive Otter – a 40 km traverse along the coast of the majestic Tsitsikama National Park – and is one of the exciting younger generation of trail athletes, threatening to triumph over their older and more experienced rivals at the Otter this year.

After following Christiaan Greyling and Kane Reilly across the line in his 2017 Otter debut, Rorich was first South African home last year in the reverse direction “Retto”,in what doubled as the Golden Trail Series Grand Finale. Rorich placed an outstanding 8th in a field stacked with the world’s best trail athletes, defeating Rory Scheffer and Greyling in a sprint finish.

His time of 4 hours 10 min 54 sec now stands as the fastest by a South African in either direction, and Rorich will have every hope of further success, based on an unusual training regime.

“Cycling a heavy bike through Africa is pretty good training,” reflected Rorich. “And there has been time for some good runs as well. So it will be interesting to see how this new training works out in practice!”

Race director, Mark Collins, has every confidence that it will indeed work out well. “I think this is a year for the young guns,” said Collins. “This is where the next generation consolidate their claims and for two of them, there is a rare chance to get their names on the Trophy.

“The runner that has most excited me in the last three years is Robbie Rorich.  Hehas the fastest time for any South African either way. He is just a bundle of talent and personality and a fantastic all-round human being.”

An indication of Rorich’s confidence this year is that he has challenged Collins to put up R100 000 for the first South African to run the Otter in under four hours, vowing to donate it all of it to the Global White Lion Projection Trust. Just three years ago, Collins lost a R100 000 incentive,  which he put up  for the first athlete to break four hours. Swiss athlete, Marc Lauenstein, gratefully took his money, achieving the target in successive years in both directions.

Rorich, his sister Michie and friends initiated “Our Africa Pole Pole” journey, the name taken from the well-known Swahili mountain-summit mantra, meaning “slowly, slowly”.  The team set out in January, embarking on a dream journey cycling from Cairo to Keurbooms in the Southern Cape, on a mission to engage with fellow Africans to explore the question – ‘what do we want our Africa future to look like?’

The team have reached Blantyre in Malawi, but Rorich is planning a short break to attend a friend’s wedding and to run the Otter African Trail Run, set to return shortly afterwards to complete the journey. Chances are that when he starts out on the iconic hiking trail alongside South Africa’s leading trail athletes next month, he won’t be going “Pole, Pole”.