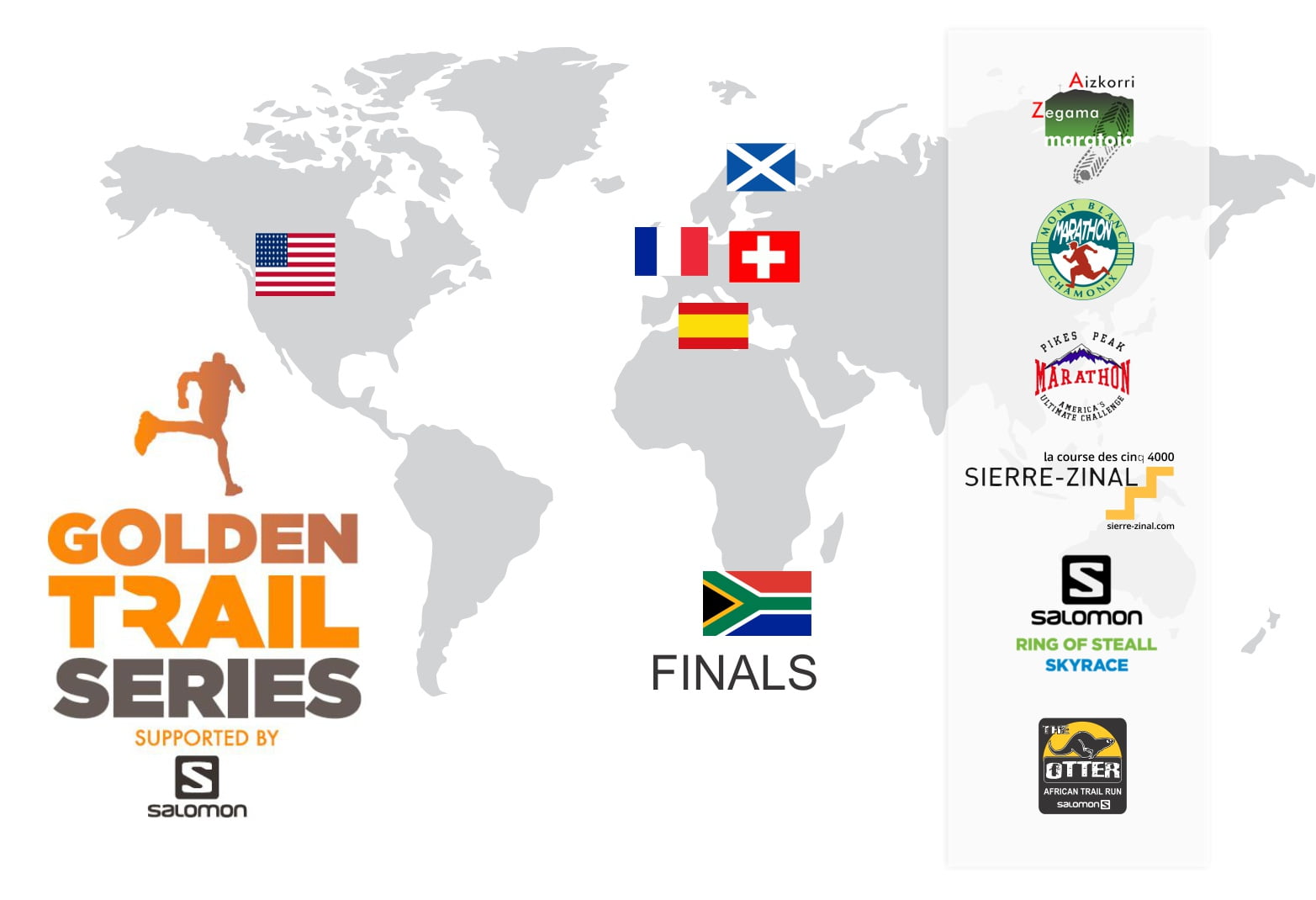 OTTER will be the GRAND FINAL for international Trail Running Series 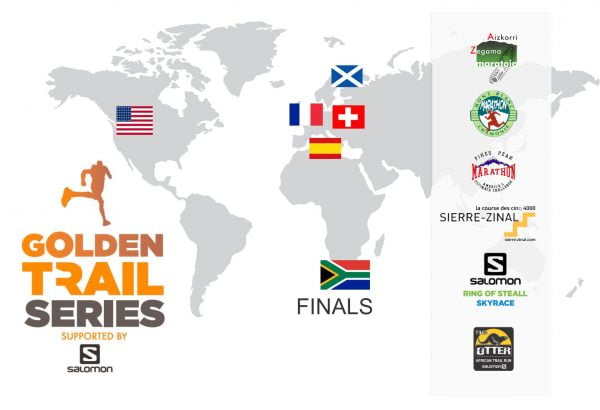 ANNECY, FRANCE – Salomon is excited to announce the ‘Golden Trail Series’—a revolutionary new trail running race series concept commencing May, 2018. The series will combine five of the most iconic short-distance trail races on the planet into a dream tour for both athletes and fans. The Golden Trail Series tears up the rule book on prize money, the mammoth €100,000 prize pool will be shared equally among the overall top 10 men & women at a lavish Grand Final.

Each of the top 10 Finalists will be traveling with a friend or partner of their choice for a trip of a lifetime. The Grand Final at the OTTER AFRICAN TRAIL RUN in South Africa will also act as a stage for the twenty athletes to support a cause they’re passionate about.

“Each of the top 10 final athletes will be able to compete in the Grand Final race for a charitable cause they choose to support,” says Greg Vollet, Salomon Running Global Sports Marketing Manager. “This allows each athlete to have a voice in the trail running community. For the five qualifying races, the competition will be intense and at the highest level as the athletes compete for a top-10 spot. We want the Grand Final to be different, giving the athletes a chance to support a cause that means something to them.”

2018 Golden Trail Series Races will consist of the following events:

“We chose the Golden Trail Series races because they are the most exciting races to follow where the winners aren’t decided until the very end,” Vollet says. “It will be six legendary races full of adventure, emotion and competition, each celebrating a key component of the spirit of trail running. Zegama has the best fans, Mont Blanc Marathon has the best scenery, Sierre-Zinal is the fastest, Pikes Peak has the altitude and Ring of Steall is very technical. So this is the best of the best.”

The OTTER AFRICAN TRAIL RUN was not only chosen for being a true test of trail running ability over the marathon distance, but also in the element that the trail is off limits to all trail runners outside of the event leading some to dub it the “forbidden run”

Beyond the Golden Trail Series revolutionary concept and prize money model, the series will also adopt a groundbreaking athlete health and anti-doping program. Each of the races in the series will implement the QUARTZ Event program www.athletesfortransparency.org – which aims to strengthen the athlete’s medical supervision before and during the competition.

“If, on one hand, we offer a big prize money, we want to make sure to have honest athletes competing for the love of trail running,” Vollet says. The strictest anti-doping in world sport will be experienced at all the events. Blood, capillary, saliva and urine will all will be tested and compared at all the races as a real longitudinal control for the top-10 athletes. To make it even more stringent we will not accept any corticoid TUE for any of our races.”

The unique series format was created to promote professional trail runners as the world-class athletes that they are, to acknowledge the amazing, passionate fans as an essential ingredient in the sport and to showcase and protect the awe-inspiring nature and environments where we play and compete.

The Golden Trail Series is more than just a race series, however. It is also a celebration of trail running, trail running athletes and the fans.