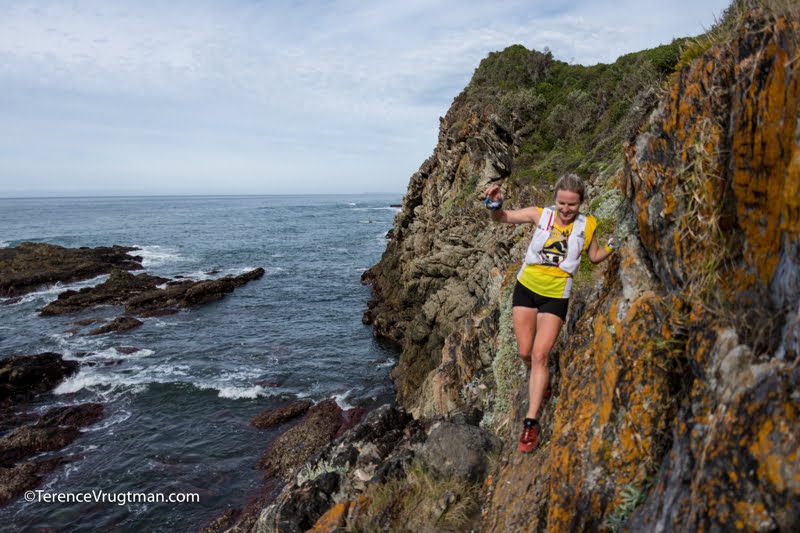 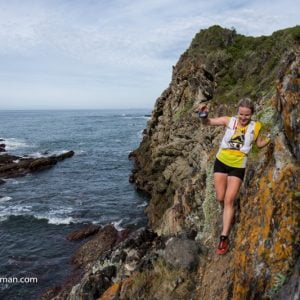 Just few days away from the 9th running of the Otter African Trail Run, speculation is mounting on who will be crowned 2017 champions in the country’s premier trail marathon race.

While a sprinkling of overseas athletes will again be competing over the iconic stretch of 42km of coastal paradise between Storms River and Nature’s Valley, there is every chance of a South African double victory for the first time since 2014, when Iain “The Professor” Don-Wauchope and Landie Greyling shared the top step on the podium.

But while Cape Town’s Kane Reilly is quietly emerging as the clear favourite in the men’s event, the women’s contest remains wide open, with new talent in the form of UCT’s Jess Pollock and Norwegian trail athlete, Shanga Balendran, challenging the experienced Carla van Huysteen and previous winners Greyling and Robyn Owen.

But another athlete has shown the form in 2017 to elevate her to a serious Otter title contender.  Meg Mackenzie has moved to new level in the past six months and although her profile may not yet match that of her Salomon teammates, Greyling and last year’s winner, Owen, her rivals will not be underestimating the Cape Town-based athlete in her fourth attempt at Otter glory.

Mackenzie has taken full advantage of having the opportunity to race the world’s best this year, twice bagging impressive top ten positions in two of the world’s toughest events.  She placed 6 th at the Mont Blanc Trail Marathon in June before achieving an excellent 8th place at her first attempt at the gruelling “life-threatening” Glen Coe Skyline 55km (with 4800m vertical gain) two weeks ago.  The race titles were won by the world’s leading mountain trail partners, Kilian Jornet and Emelie Forsberg, both in record time.

Three South Africans, James Montgomery, Mark MacSymon and Mackenzie were accepted into the limited entry race and relished the opportunity to explore their Scottish roots.  “The race itself is based in a tiny town called Kinlochleven,” explained Mackenzie. “ It’s a place where you’ll find a group of hardcore, crazy, fell runner mountaineers. I was in my element!

“The race begins with 10km of relatively easy uphill before a grade III scramble, equivalent to something like Kloof Corner Ridge. With the valley dropping off below us and the sun starting to rise, it was breathtaking. After that, the ridge line running was any trail runners dream, with scree slopes, mini scrambles and slippery, gnarly descents.

“Out of the sole aid station at 35km is a monstrous climb which had me crawling on all fours for an hour of almost vertical slippery grass and scree, before the fun really began! I felt really ‘at home’ along Anoch Eagach Ridge – a series of pinnacles with some scary downclimbs and exposed drop offs.

“I made up some time on this section, and despite feeling pretty tired, I couldn’t wipe the grin off my face; it was just too good to be true.  But I left my sense of humour somewhere in one of gazillion boggy, muddy falls towards the end of the race.  And then it was a dash to finish under 9 hours, which I made with just 2 and a half minutes to spare!”

Mackenzie now plans to translate her international form into a great day at the Otter.  “It’s going to be a balancing act of recovering from a tough 9 hour race, and gearing up for the Otter,” reflected Mackenzie.  “I feel confident with my season and I’ve had some great races.  If I can have another good day at the Otter, I’ll be really happy!”