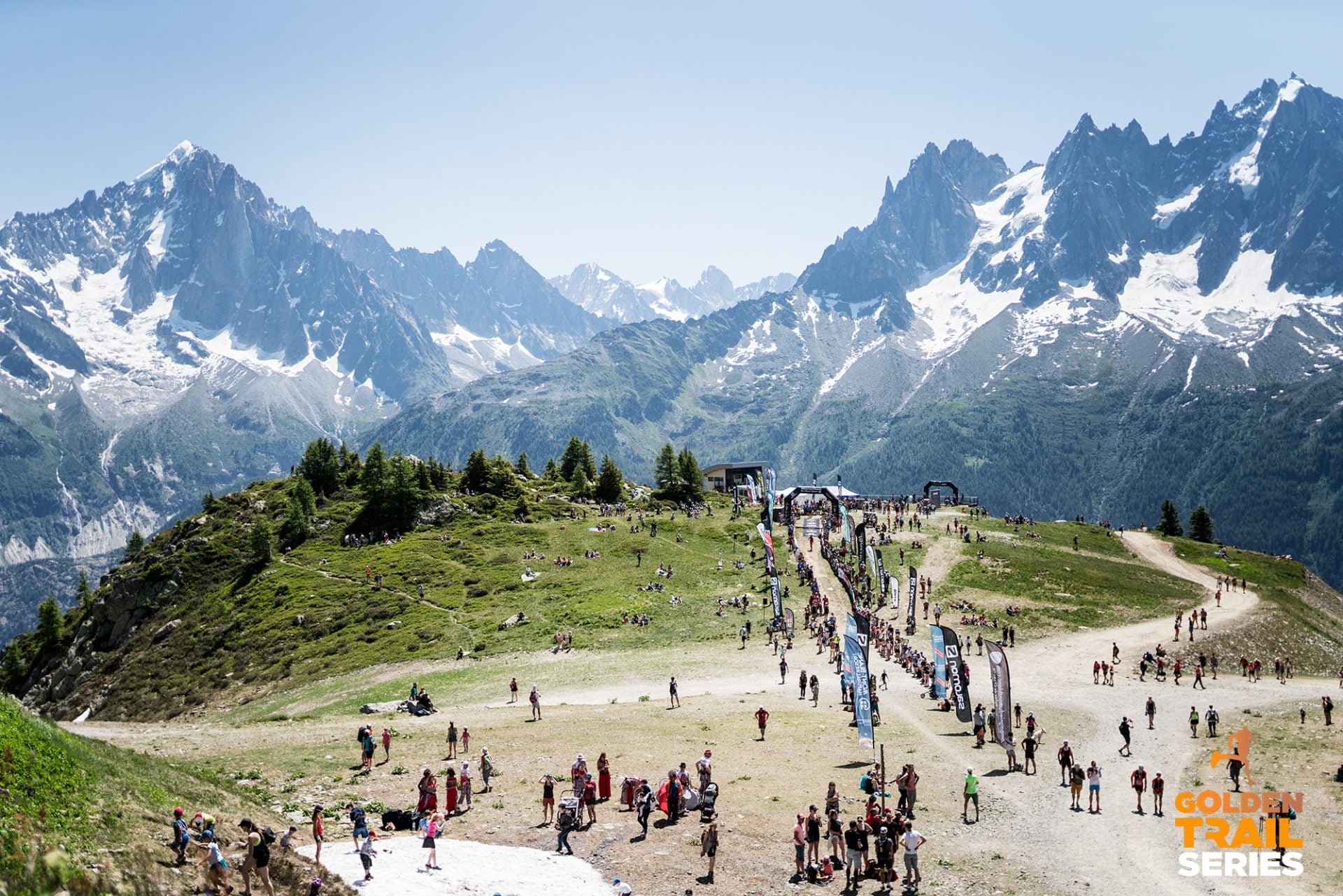 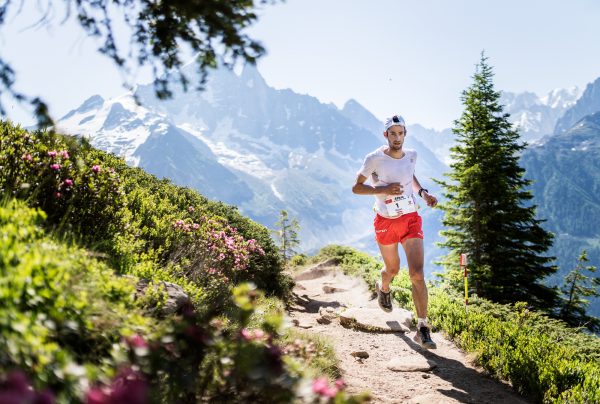 Well, that didn’t take long. If the trail running community was wondering about the health and fitness level of the man who is widely regarded as the best of them all, they only had to wait about three and a half hours to find out. At the second stop of the Golden Trail Series on Sunday, the Marathon du Mont Blanc in Chamonix, Salomon athlete Kilian Jornet answered emphatically that he is back from the broken leg he suffered this winter, winning the 42km race for the fifth time in 3 hours, 55 minutes and 54 seconds.

“On the ascent to Posettes (22km) I could see it was going well,” Jornet said. “After that I knew there was a technical descent where I wasn’t going to lose time. I tried to set a good speed, aiming to go a little faster but controlling so as not to get cramps or heat stroke.”

Running with a concentrated stare for the majority of the race, Jornet left course spectators and media pundits wondering how he was feeling throughout the day and if he was fully recovered from the broken leg he suffered in a ski-mo race this winter. But, as is often the case with those who doubt Jornet, they were left with egg on their face in the end. The Catalan pulled away late in the race, around the 37km mark, after an entertaining battle among many of the world’s best.

“It was very hot and that made the race hard,” Jornet added. “It’s a matter of managing it well, to set out to control thing so as to reach the end which is where the race really begins in order to avoid muscular problems or an attack of heat stroke.”

He was not the only one feeling the heat.

“It was a fun fight and I’m very happy,” said Lauenstein, who simply keeps producing great results against the sport’s most elite fields. The Swiss dentist backed up his 4th place finish at Zegama with the runner-up spot in Chamonix behind Jornet. “I can’t say it was fun overall because it was hot and that played a role. But it was back and forth throughout the race and not until the end that I made the decision to go for second place.”

Angermund-Vik made a late charge on the final climbs, as he often does, to move from fifth into third.

“I was struggling in the heat and I had a bottle of water over my head and a Coca-Cola at the last aid station and that really woke me up and I had a boost of energy,” the Norwegian said.

In the women’s race, Team Scott’s Ruth Croft ran an impressive, consistent race to win in 4:37:30 over Salomon athletes Ida Nilsson and (4:39:37) and Eli Gordon (4:41:01). For Scott, it’s another great result in the Golden Trail Series after finishing third at Zegama in May. For Nilsson, the day didn’t go as planned but she was happy to have stuck it out.

“I felt kind of bad in the beginning,” Nilsson said. “The whole race I had to fight a lot, but it’s a long race so if you try your best the whole time you never know what can happen.”

The Golden Series now moves to Switzerland for the third leg at Sierre-Zinal on August 12 where Jornet is expected to step to the starting line again together with Marc Lauenstein, Thibaut Baronian, Stephan Wenk,Alexis Sevennec, Max king and many other big names of the sport. On the women side, big field is expected as well with Ida Nilsson, Anne-Lise Rousset, Silvia Rampazzo, Laura Orgué, Amandine Ferrato, Stevie Kremer and many others…