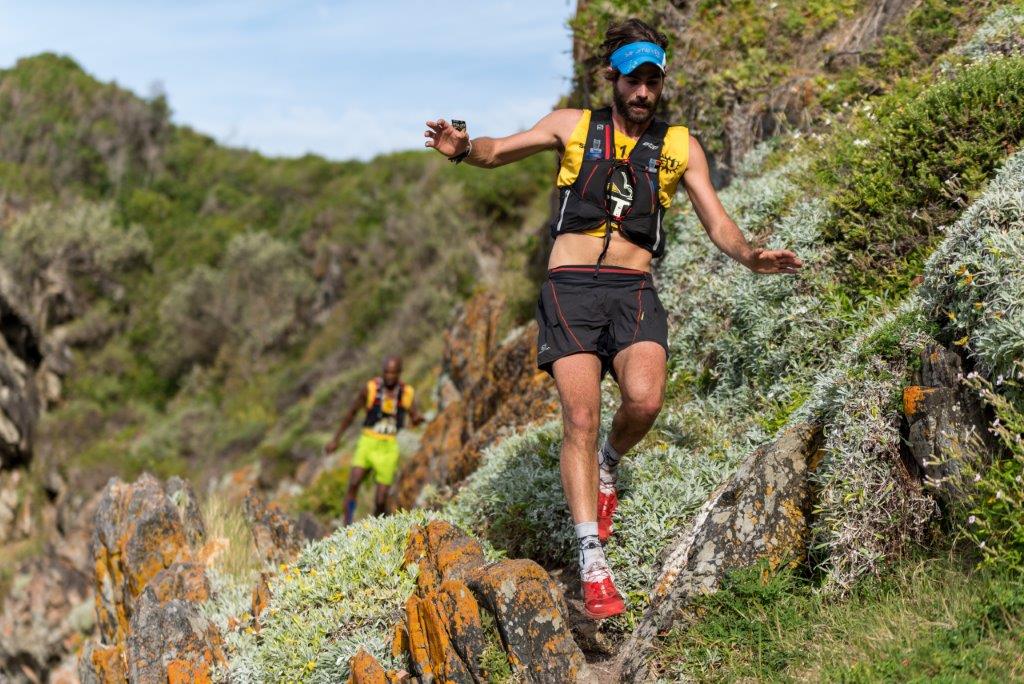 Reilly eyes the Grail of Trail. 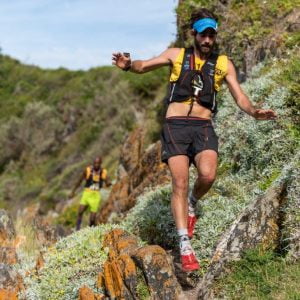 Earlier in the season Reilly stunned the trail running world with a top five finish at the Marathon de Mont Blanc in the French Alps against a field stacked with trail running’s finest. If the young Capetonian can carry this form into the Otter then there are not too many who can hope to stop him from claiming the top spot on the podium this year. He will not be unchallenged however. As usual the field is stacked deep with South Africa’s fastest rock technicians including the likes of Christiaan Greyling who followed last year’s Otter podium up with a series of international wins. Whilst many pundits believe that Greyling does just not have the raw speed to tame Reilly on the rocks they know that what the older hard man lacks in pace he makes up for in shear grit. The battle upfront is also likely to include the likes of former South African Champion Thabang Madiba and rising star Rory Scheffer who leads a raiding party of up and coming threats to the established order. Regardless of who comes out on top it may be the first time in four years that a South African will top the leaderboard in the men’s race.

Whist race director Mark Collins admits that the anticipation is giving him sweaty palms he points out that the woman’s race will be as intriguing if not more so. For the first time in the events nine year history the ladies field boasts a depth not yet seen in South African trail running. Defending champion and overall record holder Robyn Owen will have her work cut out for her containing a bunch of trail speedsters like two time winner Landie Greyling, Scandinavian Shangave Balendran, upstart Jess Pollock and classy Megan Mackenzie the latter having found the form of her life.

Owen shook the trail running world with her victory over American Ace Stevie Kremer at last year’s event but Collins believes that this year’s race will be more challenging for the technically gifted Stellenbosch woman. “There are not even more than a handful of men that can stay with Robs on the rocks,” says Collins, “but this year’s race has most of the really gnarly stuff in the first quarter of the trail. She will have to make her move early if she is to hold off those girls on the fast closing sections near Nature’s Valley.”
However it pans out the Otter finish line has become known as the place of high drama leading veteran sports commentator Jeff Ayliff to rate the 2015 finishes as some of the greatest moments he has witnessed in South African Sport. Will you be there?