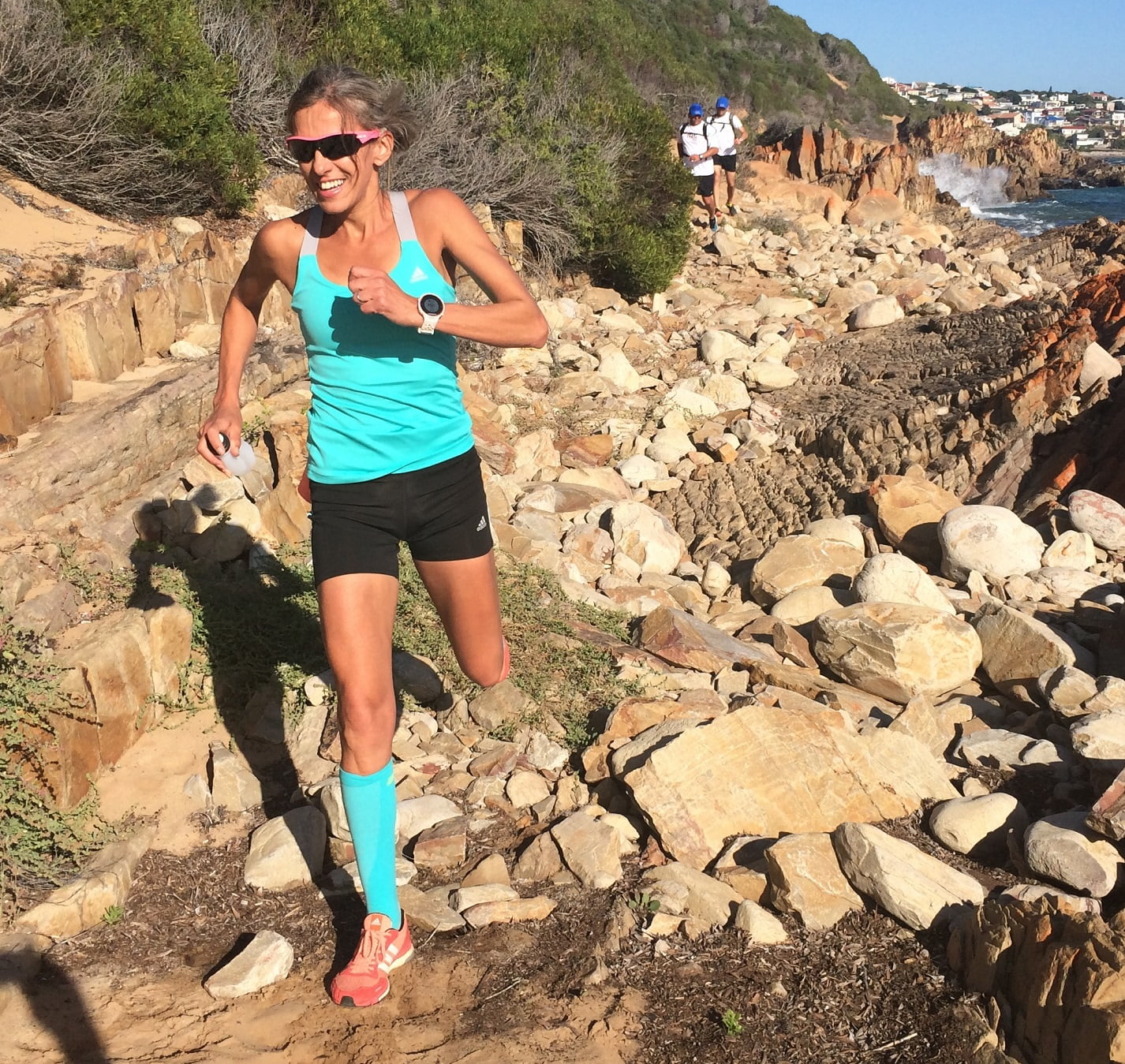 Fourteen years ago, Elana van Zyl called time on her stellar career which had taken her to all the corners of the planet to run fast on track and road, winning world titles and breaking world records.

Unlike several other running legends, such as Sonja Laxton and Colleen de Reuck, who scorned the onset of aging and continued competing at elite level through the decades, Van Zyl chose to expend her competitive juices building running-related entities, such as the Cape Town Marathon and her long-distance running academy, Endurocad, to give back something of what she had gained from the sport.

Apart from two marathons, run in the USA for charity over ten years ago, a low-profile trailstage run with her husband, former South African track ace Jacques van Rensburg, and the Cape Town Marathon 5km Fun Run this year in tandem with her daughter, Van Zyl has stayed away from formal distance-running events.  Until now.

“I’ve always wanted to take on challenges with an element of risk, which I could never do as a professional athlete, such as riding the Cape Epic in my first bike race and climbing Kilimanjaro via the Western Breach. So when I got an invitation to run the Otter, I knew I had to accept, even though I have always preferred to run on smooth surfaces than on rough terrain. I guess I was always more of a Formula One athlete than a Dakar Rally Champion!

“But I love being in the wild and I enjoy doing much of my running on trails these days. I’ve put in some training for the Otter and run up to three and a half hours with some hills, but I’ll likely be running somewhere between 7 and 8 hours, so that’s a whole different ball game. And I know it will be hard. Corne Krige told me the other day that it was the toughest thing he’d even done – much tougher than the Cape Epic!

“I had first thought of doing the “entry-level” Otter Challenge, two days earlier, as that has an 11 hour cut-off, but (race director) Mark Collins said ‘no-ways’ and that I had to race the elite event Otter Run.  I managed to get  (husband) Jacques into the race, so I guess there may be a bit of family rivalry!

“I am aiming to run free.  It’s a big challenge, as I have never before run longer than 4 hours! I know I can hike all day, but this is different and I don’t know how I’ll fare. I’m aiming to run between 7 and 8 hours, but part of me still wants to see how fast I can go. And there are already a few people who are aiming to beat me so it’s starting to feel more of a race than I had intended!”

Van Zyl is justifiably proud of the outcome of this year’s Cape Town Marathon three weeks back, which, as Race Ambassador, she recognizes was a significant step up from previous years. The Cape Town Marathon and the Otter African Trail Run share a race sponsor and Van Zyl’s physical participation in this year’s Otter could signal a closer synergy between the two great distance-running events.