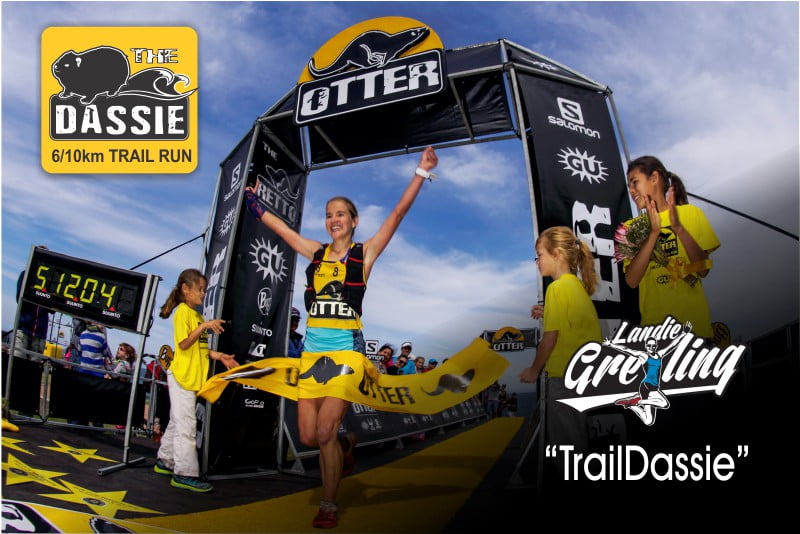 The Tsitsikamma Section of the Garden Route National Park will once again become South Africa’s Trail Running Capital on Saturday October 15 when some of the world’s best trail runners set foot onto the OTTER trail to see records fall. We urge anybody – either for the excitement at the finish line or to set foot onto the trails – to plan the day at Stormsriver Mouth.

Swiss elite runner Marc Lauenstein will be back and almost everyone will be wondering if he can repeat his performance of last year. His record breaking run, finishing in 3hrs 59minutes 29 seconds was spectacular.  This year he will have the benefit of knowing what the trail is going to dish up in terms of technicality, ascents, descents and of course incredible views. But running it from west to east (RETTO = OTTER spelled backwards) may throw a spanner in the works as the second half of the race throws in a number of massive climbs and of course the most technical section over rocks and boulders lies in the last 3 km’s.

This last section of the OTTER hike lets any trail runner’s heart skip a beat – it’s Trail Running at its absolute best! Admittedly this might not be the case for all of us at the end of a full Marathon.  So how about running the OTTER’s little cousin instead. The DASSIE Trail Run (6 or 10km in distance) offers the trails, the views, some climbs and descents and the final section over rocks and boulders – finishing through the same finish line as the elite Otter athletes will follow shortly behind.

Salomon sponsored elite athlete Landie Greyling calls herself the “TrailDassie” and not without a reason. She is holding the ladies record of the West to East Running of the OTTER finishing it in a time of 5 hours 11 minutes and 46 seconds.

In the last year alone Landie has won the 100km Skyrun, the Tankwa 3 Day Trail Run, the African X 3day Trail Run, the SOX, the Table Mountain Challenge, came 2nd in the Two Oceans Trail Run and 6th amongst an international Trail Running field in the 85km Maxi Annecy Race in France. Landie is now focusing on Trail WorldChamps in Portugal and has decided to give OTTER a miss – however she will be joining all the DASSIE runners and mingle at the RETTO’s finish line waiting in bated breath whether her RETTO record can be broken by a very strong ladies’ field including some of her biggest rivals in Trail Running.