A GALAXY OF TRAIL RUNNING COMING TO SOUTH AFRICA 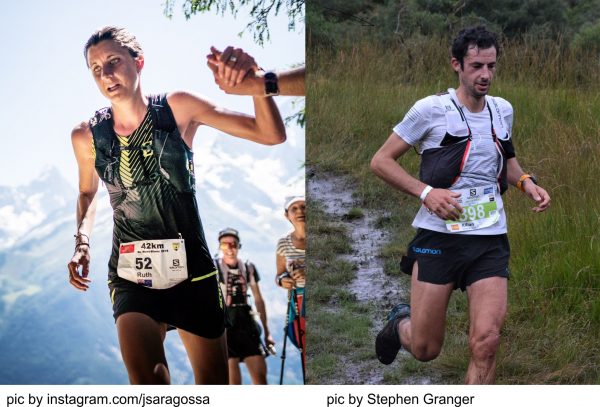 A galaxy of trail running superstars from around the globe are set to arrive in Cape Town from next weekend as they prepare to do battle for the title of 2018 Golden Trail Champion on one of the world’s top trails – the 42km Otter African Trail in the Southern Cape.

The inaugural Golden Trail Series comprised five leading international trail races in Europe and the USA, with the top ten-ranked men and women at the end of the series invited to take part in 2018 Otter African Trail Run.

Named after the Cape clawless otter, which has rebounded following conservation efforts and now thrives in the coastal afro-montane forest habitat of the Tsitsikama Section of the Garden Route National Park through which the Otter Trail passes, the hike takes place over a strenuous 42km route incorporating 2600m of vertical ascent.

Hikers take five days to complete the walk from Storms River to Nature’s Valley in the Southern Cape.  On Saturday 20 October, the fastest trail athletes on the planet will race the trail in under four hours.

The trail traverses a spectacular landscape, never straying far from the shoreline, but often climbing steeply before descending to a beach or river crossing.  Iconic features such as rocky shores, sandy beaches, waterfalls, seaside cliffs, ancient forests, protea-studded fynbos on cliff-tops, surging rivers and the swim across the Bloukrans River are images and experiences likely to remain with the athletes forever.

Spanish star, Kilian Jornet, Norwegian’s Stian Angermund-Vik and Swiss athlete Marc Lauenstein, amongst the men, and leading women athletes, Kiwi Ruth Croft, Swede Ida Nilsson and Spain’s Laura Orgue, head the mouth-watering line-up. In unprecedented depth of quality on the African continent, the 2018 Otter will go down as one of the world’s finest.

“It’s incredible to think that a race that started out as a contest between two brothers has developed into such a prestigious event,” race director Mark Collins remarked. “My brother John and I took it on many years ago before we launched the first official race in 2008.

“I recall that most of the field completely under-estimated what it would take to complete it and started much too fast.  Of course, they came unstuck on the climbs and struggled in the second half.

“One of the exciting new developments will be the race coverage with plans to cover the entire event through live streaming.  Drones, fixed cameras and a team of trained runners to follow the runners with video cameras will bring the beauty and splendour of the Otter Trail to the entire world.

“I never grow tired of returning to this coastline and even though I’m aware the international stars have raced many of the world’s most famous trails, I’m sure that when they see a whale frolicking just 20 metres from the shoreline and catch sight of great white sharks and dolphins, they will soon fall under the spell of the Otter!”

Paddy Gordon, Park Manager for the Garden Route National Park, also expressed his enthusiasm. “We are proud to be associated with this event,” remarked Gordon.  “But equally the runners should be proud to be part of this incredible park, which provides the polish for this great event.

“The race tracks above the oldest marine protected area in South Africa.  It’s vital to maintain the balance between growing the event and ensuring the sustainability of the ecosystem, and the organisers have brought a high environmental ethic to the running of the event.

“In the end we look to this group of international athletes to become ambassadors of the Otter Trail and our park to spread the message of its beauty and conservation importance.”