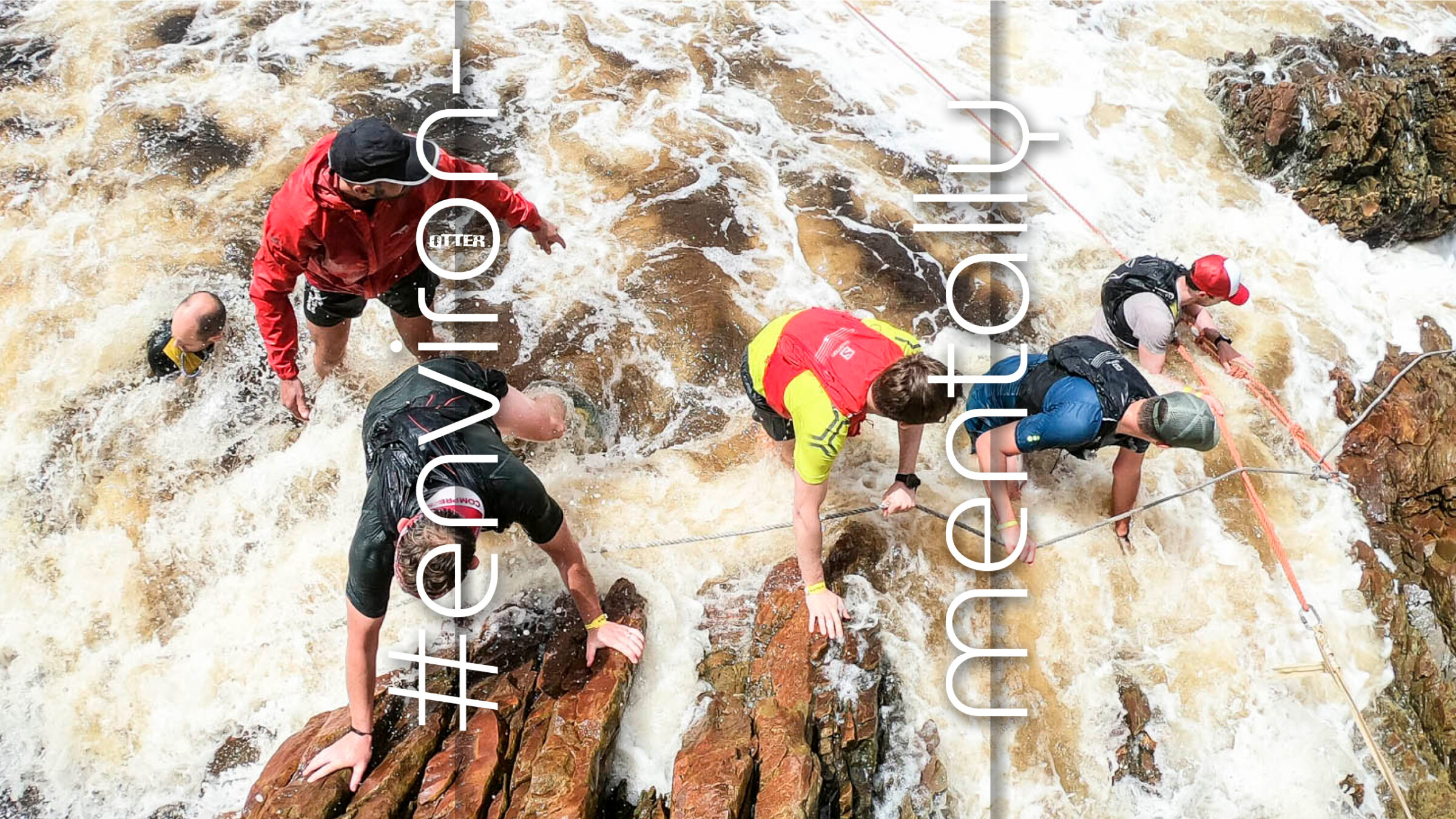 The greatest maternal force – the ocean – is undeniably what gives the Otter its position, between the forests and the foam. Those who know that their heritage depends on the sea; we, the champions of this trail, realise the life-giving nature of its presence. Its very strength powers the pounding in our hearts and energises all on the grail of trail.

The spindrift of the ocean carries our story of mortality and thus urges us to remain running alongside it, feeding us with energy and perspective with each fresh breath. Runners of the Otter will, if not for the first time, meet again with the sea and its wise music that plays with each pounding wave. It’s not only the birdlife but some of the secretive inhabitants, the sea otters that will be praising your endurance.

At the time of the race, runners will witness the special ebb and flow of changing tides throughout the race, coming to understand the life force of the sea and how it moves, breathing in and out like great powerful lungs. Being mesmerized by the ocean isn’t a difficult thing, especially when it accompanies you on such a tough challenge, befriending each runner with an aesthetic that renews the mind with each glance.

The sea is definitely one of the things that make the Otter Trail original and sought-after, whether it’s the fierce sea spray that cools the temperature or the meditating sounds of its slow but brilliant roar, the ocean is beside each and every runner, inspiring them with a new-born attitude to run as friends of the Otter’s life-giver.